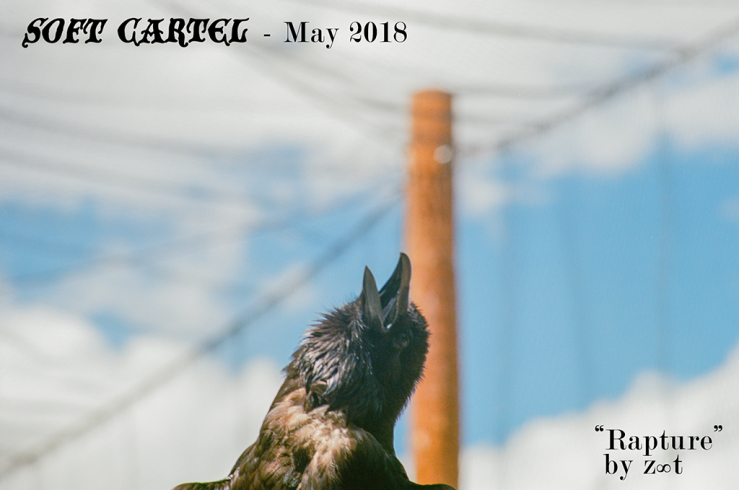 The devil must have created the cactus in his own image. Good for marking graves… Unattractive. You can’t get away from them in Texas. They’re everywhere, the nature’s “do not trespass” sign, “Abandon hope all ye who enter here.” Still, they manage to eat them, to make tequila; they’ve outsmarted the devil. So did Texas. You may hate it with all your guts and still stick with it, as you’re stuck with your signature, ugly as it may be, which is how you get stuck in this Sonora desert hellhole, where the gravitation force must be at least twice of everywhere else on Earth, and where your sweat makes you limp and heavy like a soaked-wet cotton ball, so unfitting this parched land of cactus and wind. We took it by the strength of arms and ambition. They are taking it like vegetation moving inch by inch toward the source of water, putting out a myriad of crawling sprouts wherever there’s space to squeeze in, sucking the water from under lush orchard trees to see them wither, crack, and eventually fall, succumbing to the unyielding gravity of desolation. Not even a bird will set on a cactus but will travel an extra mile to the nearest tree crown, so unattractive it finds them.

The sun is streaming through the corner window blinds, picking out beams of dust, the ultimate state of matter, the final solution, each particle to itself neither too close nor too distant, a perfect image of eternity. The sun blazing over the corner window means afternoon, the supervision time. Fifteen thirty. Samantha’s turn. Supervision, so they say. One has to at least have a vision, wouldn’t you think, but then again, who cares? Someday she’ll be a supervisor too; Samantha is a serious woman; she’s trying, opening a door after door with a stubborn and blunt curiosity, driven by the blind notion of up and down instilled in her since she stepped out the crib or even earlier, in the womb, as her mother strained her soul and overburdened pregnant body, striving upward as far from the dark of the bottom as she could along with the family and the neighbors, and their families like a school of fish in their dash for the light upper crust of the sea rich with oxygen and fat algae. Like a milling water donkey that goes round and round in a stubborn belief that it is on a path to the pastures of Eden, we will all have our food and shelter, and a stall with a mate for the lucky at the end of the day. The donkey is unattractive; an ugly duckling of the horse it fits the hellhole of Sonora as does the cactus, the desert’s crawling scab. Fifteen forty. Ten minutes late. I’m always late, but she doesn’t mind it, I think she doesn’t; she has patience, the inborn patience of a crawling root gnawing at the rock-hard unyielding soil, making its slow and silent way to the dabs of water sipping in through the unattended cracks in a remote, aging and once bountiful well. She’s a serious woman, who knows more than she knows she does, as she pushes on to catch up to the knowledge she is carrying over like a relay runner, until one day she finally catches up and stops dead in her tracks, breathless, befuddled, and directionless, looking to drop the baton into her children’s doubting and doubtful hands. Today, though, I know something you don’t, Samantha. Not yet, that is.