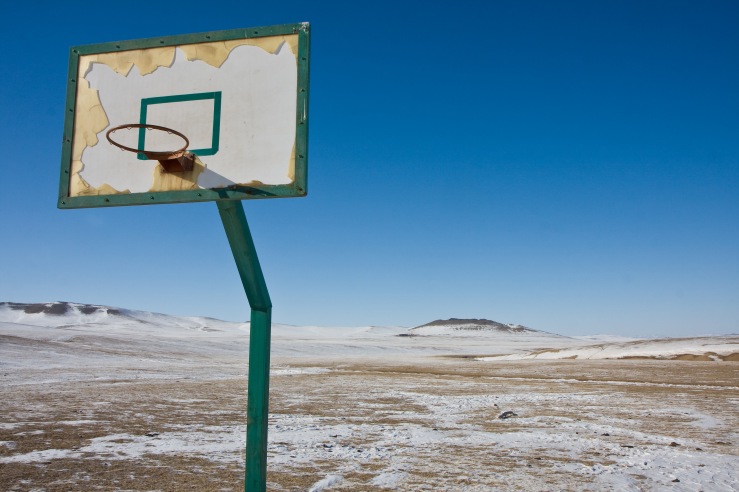 The eighth graders challenged members of the school’s faculty to a basketball game in order to raise money to bring down the cost of the eighth grade trip. I was asked to play, and I know I’m probably the worst basketball player in the city, and much to my amazement I said I would, but there would be one condition.

“My class cannot get more than three zeroes for the entire week.”

It seemed a simple enough request, and it worked, until the day of the big game. Now you need to know that I don’t own a pair of basketball shorts, my gym shoes are tore up and raggedy, and I don’t even know if I have a pair of white socks anywhere. So I went out and bought some new gym shoes—twenty-four dollars. I haven’t paid that much for shoes in ten or fifteen years. I dug through my drawers and found one pair of sort of white stockings. One of the school volunteers told me he would lend me some basketball shorts. Team shirts would be provided.

The morning of the game, my class had to present their research project. This was six weeks of work. Not one day. Not two weeks. Six weeks. And though most of the students tried, nine students didn’t do anything at all. Nine zeroes. Yay! I didn’t have to play. And I’d get my twenty-four dollars back cause I didn’t really have any need for those new gym shoes.

It didn’t happen. Eighth grade girls came into my classroom after they heard and talked to every one of the students who earned zeroes. OK. I let them in. And it worked. An hour later, all nine of them made a presentation. Not much of a presentation, but a presentation that earned twenty points out of a possible three hundred. Twenty points is no longer a zero.

I had to play.

So here I am, 3:15, in the bathroom changing into basketball shorts so big I have to pull the drawstring with all of my might, pulling up my sort of white stockings (we’ll call them off white), putting on my new gym shoes, and the red shirt they gave me.
I walk into the gym, the edges of the basketball shorts tickling my knees (how do you get used to that?) and the students start applauding. Applauding like I’m a superstar. I would smile if I didn’t feel so out of place. Everywhere people are warming up. And now they’re high fiving me and chanting my name. I try to figure out where I can hide.

After all, I knew I had to be the worst basketball player in the city. Probably in the state.
The game starts and I’m a starter. The ball is passed to me. I take a shot. I miss. Not an air ball. At least it hits the backboard. I pass once, take a pass and pass again. That’s enough. With my help the other team is winning. Not by a little either. The score is eleven to four.
I have to tell you I pretend to play in every quarter. At least my son will be proud. “Every quarter? And you weren’t tired?” How would I be? I only ran back and forth a few times, the other players quickly knew not to pass to me (one open pass bounced off my knees into an eighth grader’s hands and he easily scored), and I couldn’t even contain my own students (even though I towered over them).

No matter. It was fun. We lost by six—73-67, but the school raised some money and I humiliated myself in front of everyone.

OK. Here’s the deal. No zeroes for the rest of the month and I’ll eat an earthworm sandwich. But there’s a catch. I’m not letting the eighth grade girls in to convince everyone to do their work.

—
Michael H. Brownstein’s poetry volume, A Slipknot Into Somewhere Else: A Poet’s Journey To The Borderlands Of Dementia, was recently published by Cholla Needles Press (2018).