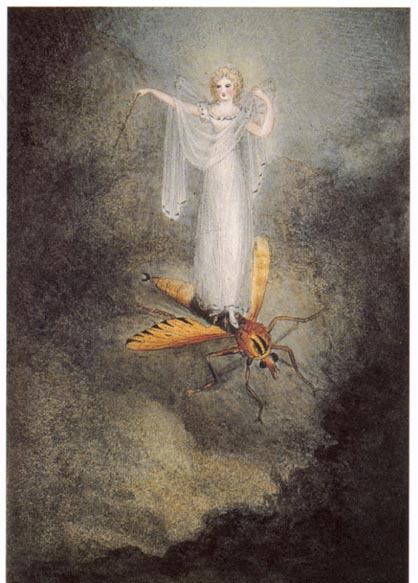 I meet one of my own and the jubilation is short-lived, descends quickly into war / tenderness weakens the armour and elf-bolts snake into cracks like cinnamon smoke

I fire first to avoid disappointment [the human density long ago sapped my gut of moonbeams, left a deceptive glow behind – the glamour disguising this now twisted heart]

you can’t go now, you know [I tell him] none of us can [the embers of his small flat, rain banging on windows, calling me out] make the best of it / he tells me I’m no better than the rest of them

we sleep back to back, foot-soles twinned / borrowed bodies dreaming the snagged veil whole

An elf swims with sea sprites

she laughs as tentacle-waves twitch against her unsteady feet
welcome her home / she was always meant to be here, among
razor clams and hagstones / her cheeks anointed with saltwater
goddess-holy and blessed by spheres that existed before us

this place will cleanse him of mischief
it will take months, maybe years
but he becomes

Kate Garrett is the founding/managing editor of a handful of online journals and a micro press, and her own writing is widely published – most recently or forthcoming in formercactus, Riggwelter, Moonchild Magazine, Ghost City Review, and others. Her poetry has been nominated for Best of the Net and the Pushcart Prize, and her latest chapbook, Land and Sea and Turning, will be published by CWP Collective Press in autumn 2018. Southern Ohio born and raised, Kate moved to the UK in 1999, where she still lives in Sheffield with her husband, five children, and a sleepy cat. Twitter & Instagram – @mskateybelle / website www.kategarrettwrites.co.uk