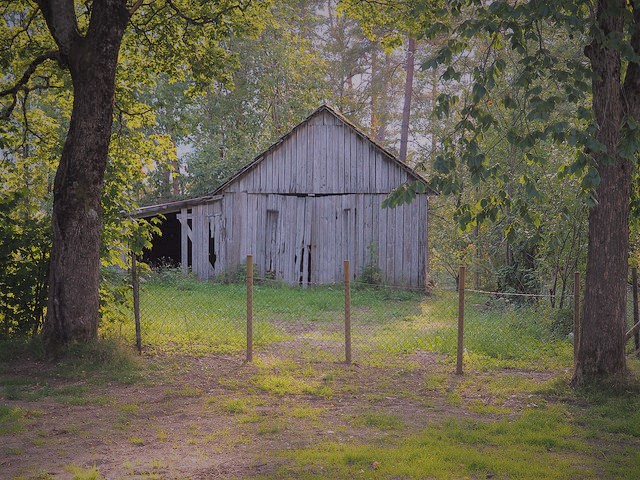 I slumped down behind the wheel of my rented BMW and watched people walk up the drive and into the four room battered Cape Cod. I didn’t want to go inside. I left this place a long time ago and didn’t want to be reminded of it. I said goodbye to Bobby at the cemetery. What good could stirring up old memories serve?  I had heard that his sister had taken the house when their parents died and it appeared that she hadn’t made any changes. It looked exactly as it had in the fifties except that the asphalt shingles had turned from white to gray and were chipped along the bottom layer. The grass was as sparse as it had always been and the walk to the front steps was still a few scattered pieces of slate.

I knew I couldn’t sit here for long without calling attention to myself. I thought maybe I could slip in the side door, say a few words to Janie and split. I’d tell her I had to catch a plane home. It was true to some extent. It was only by coincidence that I was here on the east coast when I got the news. Would I have come otherwise? I don’t know.

I pulled myself out of the car and trudged to the side door. When I saw the woods that came up to the back yard I stopped and looked past the tree line. There it was. God, I hadn’t thought about that old shed in decades. I turned from the door and crossed the yard.

The trees had encroached further into the yard than they had in 1958 and I had to stomp over wet leaves through the barren trees to reach the shed. It was gray and worn. One side was covered in mildew. I pulled on the rusted ring that was where a door knob would have been. It took some strength but I was able to get it open far enough to step inside.

It seemed colder inside than it did outside. The two broken windows allowed enough light in to see. It was completely bare save for the two built-in benches that abutted each other in the corner. Lord, I had spent a lot of time parked on those benches. I crossed to the corner and sat down, not worried about what splinters might do to my cashmere top coat.

As I looked around, all the ancient objects came back to me: the picture of a naked Marilyn Monroe that once hung on the wall. Bobby had carefully cut it from a magazine using a razor blade he swiped from his father’s workbench. The soda cans, that later became beer cans, we stacked in a corner.

This was our fortress from the time we were about ten until I went off to college and Bobby went to work in his father’s deli. Our first name for it was The He-Man Woman Haters Club which we stole from The Little Rascals. That morphed into The Night Riders Club when we started cruising the neighborhood after dark on our English racers. The name Bobby liked best was the last one. He had heard in Geography class when we were about thirteen that there was a place in the Caribbean called Fort de France.  So, Bobby rechristened our place Fort de Pants because that was what he planned on doing to any girls he managed to bring there. I can still see him laughing and jumping up and down spitting potato chips when I told him that I got bare tit off Sally Saperstein in this very place.

A lot of things happened for the first time in this old shed: first cigarette, first pot, first beer, first kiss, (thank you, Sally,) and first big plans to conquer the world together. This was our place, an outlet for all the dreams a teenage boy only shares with his closest friend.

However, like the song says, “paper wings and ceiling wax make way for other toys.” And so it was for us. I’d always see Bobby when I came home from college but usually it was just stopping at the deli to say hello. After college, if I found myself in the neighborhood, we’d have a couple beers and yuk it up. He always made my heart smile but we now lived in different worlds. I’d gone off to chase junk bonds and trophy wives and Bobby was happy to walk the streets of this old town. I always felt that as long as Bobby was on patrol I had a place to call home but eventually that faded too.

Without knowing why or realizing what I was doing, I slipped off the bench and on to my knees. And probably for the first time since we were altar boys I made the sign on the cross and said a prayer for Bobby. Yeah, and for me too.

I crossed the yard and went to the back door again but before going inside I stopped and looked back. It was just an old shed. It was Bobby that made it a fortress. There’s a new fortress now. It’s in my heart and its name is Bobby.

Jack Mageean has been an actor, system analyst, computer programmer, bartender, waiter, insurance investigator, US Marine, scuba diver, certified personal trainer, lousy golfer, juvenile delinquent and all-around wise-ass. He is North Jersey born and bred but now lives in Toms River with his wife Marylou and their Beagle pup, Mickey. When not writing he spends his time trying to piss off the Radical Right. 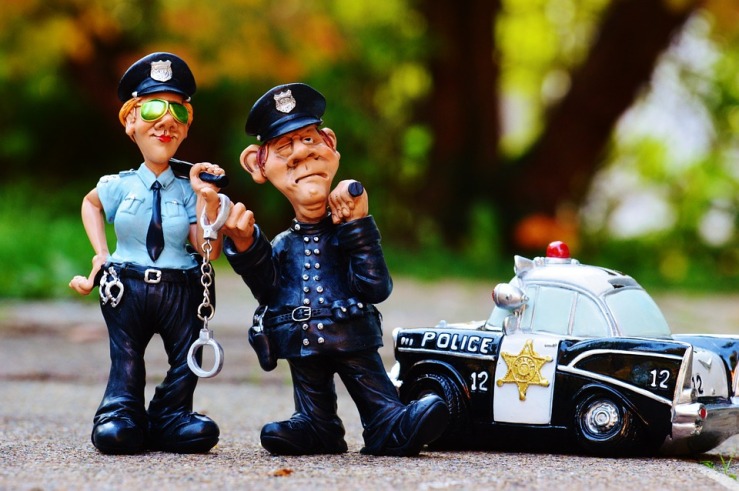 Officer Collins came out of the interrogation room and quietly closed the door. He shook his head and sat down at his desk. Officer Taylor sat at the desk that abutted to Collin’s.

“They gave it up. Finally.”

“What was the play?”

“George must die. That’s what they said.”

“It seems they’ve been carrying a grudge and thinking about this for a while,” Collins said.

“The big one, with the crew cut, his name is Peters. He’s got a scar on the right side of his chin. It seems George gave him that. He said he never forgot that and always planned on settling the score.”

Collins got up and crossed to the coffee pot and poured himself a cup. Taylor’s eyes followed him, waiting for him to continue. When Collins sat back down Taylor prodded him.

“What happened in there?”

“Okay. At first, neither one of them admitted to anything. Just played it dumb. Didn’t know why we brought them in.

“I laid it out for them. Told them this was their one chance to help themselves. They didn’t believe me, of course. They were sure we had nothing on them. Then I told them about the witness. Told them they had been seen in the act. That shook them up a bit. I then told them that right now we had them for attempted murder but that could change if George didn’t pull through. That seemed to get their attention.

“Next thing, the little one, Macklin, his eyes start darting all over the place and you can see he’s scared. The big one yells at him to shut up. Don’t open his mouth. That’s when I separated them and put Peters back in the lockup. I let Macklin sit in the interrogation room for about twenty minutes, hoping his imagination would take over.”

“Yeah. By the time I went back in he had a lot of time to think about spending all that time in jail. He was ready to spill.”