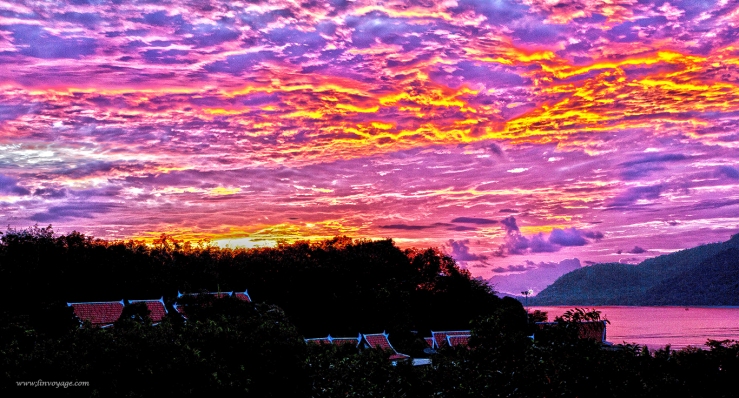 Even though I have since outgrown him, I still always imagine my father a head taller than me, enfolding me in his big arms as we embrace, or looking down kindly as I address some naive question up to him. His imaginary size does not frighten me, on the contrary I take immense comfort in it. To know that he is still there, to picture him still bigger than me, is to feel that the world is still what it always was, that it has not become some other alien thing.

There is a conspicuous silence between us, when it comes to death. At least, I think it is conspicuous. It is quite possible only I notice it. An absent presence. The question, what will it be like when he is not here any longer? For now, it seems to me that if I do not think about it, it cannot possibly happen. When death looms large enough, I suppose this belief will become unsustainable. How long will the pension have to last him? When shall we draw up the will? Who will make the arrangements? The big question insinuates itself in little pieces. It maintains plausible deniability until the last moment, but you get used to having it in your skull. I think this is the true purpose of all pre-mortem deliberation; if I were to suffer his death having never before held its image in my mind, the sudden vertigo of gaining a foot in height would be too much for me.

Every night I go up to the roof and try, but I find that my body rebels at the final step. I think it’s body and not mind rebelling, because I’m pretty sure I have made up my mind. Sometimes I manage to put one foot over the edge before hurriedly retreating to solid ground. More often I try sitting, feet dangling over the edge, and tell myself how simple it would be to push off with both hands and slide easily into the air, as if at leisure.

At a certain point I got hopelessly out of sync with my peers. I had never been exactly at ease among people, but waking one day I could not escape the realisation that something had gone quite badly wrong, that the distance between myself and the median had become unbridgeable. The lives of others seem full of mysterious and fantastic experiences of which I know nothing. A powerful unhappiness has dislocated me from the remainder of my species.

I sometimes feel that I am not myself, that I am only raw longing trapped under skin, disturbing the surface but never breaking it, all my frantic violence producing no perceptible outer movement: trapped in a dead body.

It seems to me there is a great deal of evidence I cannot come back from this, however frequently I am told by concerned parties that it gets better. The way to avoid madness is to find a way of looking at the overwhelming evidence without coming to the obvious conclusion.

So every night I go to the roof and think about it for a while. I do not rule out changing my mind, though I am not truly expecting to. I sit and wait for an epiphany or a strong gust of wind. All this time I have spent up here trying to summon up the willpower to fall, you would think it not statistically unlikely for me to have ended up doing so by accident. Plenty of people have fallen by accident. Unwilling feet dangling over the edge, inching as far forward as I can stomach, I am well-placed for an accident. It would take only a happy miscalculation, an inch too far, and I would lose my balance never to regain it. But chance has yet to take my part in things.

Every night I find my reason refuses to desert me entirely, my instinct for self-preservation keeps me still. The ritual itself has become something of a buoy for me, a special sort of meditation. There is always some wind up there at night, and I entertain the impression that the comings and goings of the wayward air determine the direction of my thoughts. The occasional noises which float up from the street—a dog barking, a car engine, a cry of indeterminate import—seem to me omens. Looking out over the countless yellow spots of light which make up the cityscape, I try to defocus my eyes far enough to transform them into one great sun. I take deep, even breaths, and imagine myself falling into that sun. I feel warm, even on the colder nights. I feel embraced. Eventually I get up and go back to bed.

—
Jack Caulfield lives in Amsterdam. You can read his other writing on Medium: https://medium.com/@sparks.falling 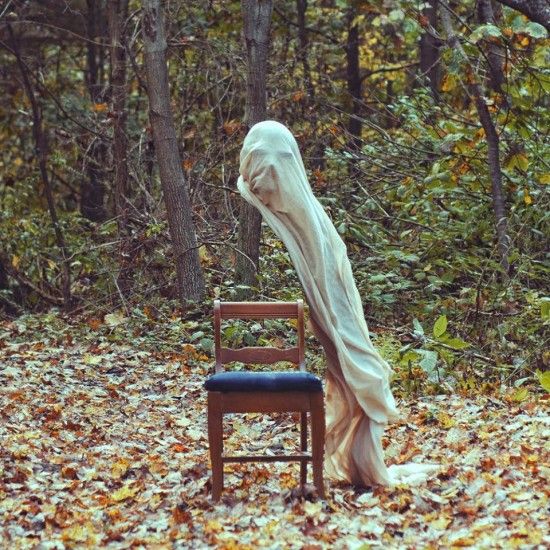 ‘RECOGNISING ONESELF AS A GHOST, AND TRYING NOT TO BE ONE ANY LONGER’

The following is true, in a sense:

I have realised I am a ghost. I am in bed, weeping and consumed with the problem, when the sound of a party, loud music and the buzz of conversation, floats up the corridor towards me. This is not conducive. Here I am in tears, in my underwear, in bed, under what feels like a profound weight, and there they are—

I spring from bed without thinking, leave my room without dressing, walk down the corridor without ceasing to cry, to interrupt the party interrupting my breakdown. If you are a ghost it is best to be a disruptive presence, a poltergeist. I locate the source of the noise and knock. A guy opens the door whose easy grin vanishes for nervous laughter upon seeing me there almost naked, whose expression sours on seeing the tears. Bewilderment. (Since I am sick of my own feelings I am focusing on his.)

The guy turns away to catch the eye of someone, anyone, for counsel on how to react to this, and I feel almost good. He is obviously drunk, and not a sensitive person to begin with, how could he be? His instinct is to preserve the social equilibrium of the party, not to help the person (only a ghost) in front of him.