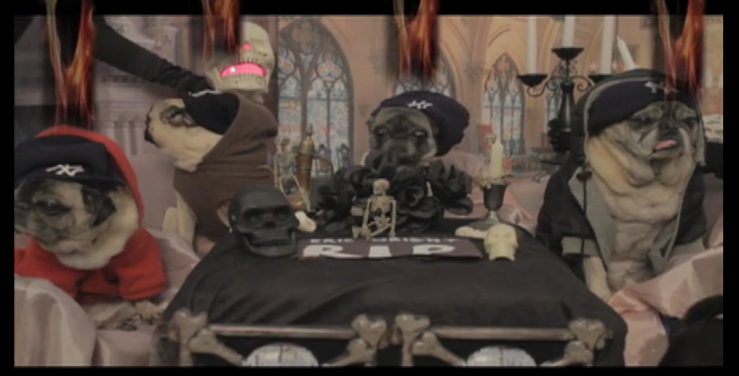 My wife called me a dog in the journal. She said everyone put something there. Her
editor had a pug named Iskra. All she could think of was ‘Brooklyn’. I told her she was
an aunt to four. It didn’t feel earned.

We toured some cages. I spoke up and they got smaller. We learned the different types
of prolapse, how when you saw a bulldog it was either ruined, or somebody’s.

Short of that, I made our front porch hostile. I laid stone cherubs, pots of barbed
succulents, a St. Francis. Mothers came anyway. There were close to a thousand now,
down the street. They liked to sit and smoke together after missing curfew. I bought a
machine for her that put out creek sounds. A pillow for her arms and knees.

From her cycle app it was clear she was padding things by a few days. I came into a tetra
water. Heard a canner and his child rooting through our bin. They checked the bottle
under our porchlight, decided against.

One guy from her unpeopling group showed up drunk. He gained speed, launched a
cart at the Wegmans. What went through my head was: Lenin’s mom helped him. The
doors opened, admitting it inside. She stopped him, helped him to his knees, puke
flowing on the asphalt, over the woodlands and the admirals’ mansions.

My father hit the ground in his own way. I flew to Providence. They scheduled two
machines for his heart. She was home, interviewing an expert on Retreat. She promised
he was gay, he couldn’t want anything. But he’s brilliant, I said. She said, that’s true.
The next morning I did my tests. Squatted, rose. They didn’t put me on a treadmill.
We’ll do this every three years, the doctor said, in case that gene wakes up.

I went straight to the shelter from JFK. Lock the doors, I announced, nobody lets me
leave without one. I’d taken three benadryl. The volunteer led me through. Behind the
wall, a cage popped open. Who’s first, I said. We thought we’d start you with King, the
volunteer said. I asked why ‘King’. Well, they said. He loves everyone.