I’m not sure I’ve ever been comfortable as myself. Maybe that’s my own fault, or maybe it’s a result of the circumstances that made me—

I was staring at my father. I’d always heard that the dead looked peaceful, that the stress of life and the pains they suffered lifted from their faces. I saw no peace. I saw a dead man. When I rose to give my eulogy, I was standing next to a dead man. I imagined, as my speech ran on, tracing my fingers along his jawline. It had shrunk back in the last few years of his life. Or maybe I just remembered him as being stronger, larger, broader when I was a boy. Now he was small. He was on his back and bloodless and dead. I tried not to smile. The crowd wouldn’t appreciate that. They would run through me like a pack of dogs and drown in my blood, hot and black and boiling, helpless animals in fields of fresh tar. I thought about what my father’s organs must look like now. Are they in him anymore? Are they on a mantle with his other precious material goods? Are they in some landfill, just a few miles away, rotting in the sun while he lay in a cushioned coffin in an air-conditioned room? He was not even here. He was gone. He’d been gone, died in the hospital a week earlier. He died even before that. He died when they put him under and wheeled him into the operating room. He died when he heard his diagnosis twelve years before. He died when he watched me emerge from my mother. He died when his father left him as a boy. He had died over and over as he lived. I’m not sure he was ever actually alive. Now, though, here he was. Pale grimace, statue-stiff. For the first time in my life, I felt connected to him. I finished my eulogy and there was a small applause. I excused myself to the bathroom, but got in my car and drove to the nearest liquor store.

When drinking at a bar, everyone is static. Marble sculptures of normal people drifting up and down streets, standing at storefronts, locking arms, talking and laughing in vivid silence. Then I look around and notice that everyone around me is living. Their chests expand and contract like a bonfire, their skin is porous and oiled, their digits and limbs are fat with blood, they carry their stench around their shoulders and it drips down and around them. They’re standing and moving and gnashing their teeth and flapping their lips and they’re alive. Seeing the world the same as I do, eyes sunken into sockets, paddling through each day until they can grip the solid ground under their sheets and wait for the next sunrise.

So I went to the liquor store instead, stood in front of light that’s so white it’s blue and stared at the prices, gnawing on the numbers. Drinking is more expensive than it should be. People have been drinking since before recorded history. There are hieroglyphs for it. Now it’s locked up behind glass so smudged with human oils that it’s a mirror. Patterns of bottles, snaking up and over and under each other, each one exactly the same but distinguishable with its own name and colors, imposed over a sketching of my frame in India blue. The perfection in them, the uniformity that slipped under their paper labels, went over and through me, hot and wilting.

It was really very strange to me that my father was dead. I don’t mean that it was jarring, or my whole world was changed. In fact, it had changed very little. I didn’t speak much with my father while he was alive. I used to pretend he was dead, even. I’d sit at my living room table and imagine that his funeral was happening just a few hours away. He was rotting in the ground. He was a mess of meat in the shape of a man that looked an awful lot like myself. It was comforting, I’d daydream like that for an hour or more without realizing it. Whenever I was unhappy, I’d pretend my father was dead. Now that subtle joy was gone forever. He had taken it from me by dying. He had, in his final moment, stolen another piece of beauty from my life. In truth, that was the only way my life was altered by his death. He had died and now I could no longer enjoy his dying. It was over.

Outside of the liquor store, my purchase has weight. It was almost delicate inside, but now it is cinderblocks and oatmeal, thick and real, more present in the hand than the hand itself. The arm swings, it’s not my arm anymore. It starts at the beer and holds my shoulder, balancing and moving me. I’m a drunk and it’s guiding me home. It always gets me there too, lets me adjust to rooms that smell so much like me they’re foreign, and waits. I set them on the table and they watched me with the same look they had on at the store. I made a peanut butter sandwich and futzed with it as much as possible, glancing back on occasion to be sure they were still looking at me, still there. They didn’t move until I grabbed a cup and sat down and poured one and took a long pull. A third of it rushed into my gut and flowed to my fingertips and squeezed under the thin layer of skin on my face. Another pull and it was in my toes, rolling over my knees and down my shins. It cracked my exterior and sent me drifting, shrinking over the horizon. One more and it was gone, I was gone, six feet under the line at the end of the Earth. I poured the second beer.

Carl Luther Gercar is a Chicago-based writer, born and raised in Illinois. His work has appeared in Fluland, Occulum, A Void, Here Comes Everyone, and Soft Cartel. Carl is reachable via email at clgercar@gmail.com

That is why you are sitting across from her. You want to live sometimes. It’s worth it to try, at least, so you are here and she is here and oh look that man is drinking your beer. She is in front of you and talking. She is wearing too much makeup, and she’s wearing no makeup at all. She has on a dress and a flannel shirt and a flowing blouse. She has a big purse and a small purse and a backpack. She took a rideshare and caught a bus and biked here. She is beautiful and she is cute and she is very normal looking in an attractive way. You are wondering when the beer you ordered will get here. You remember ordering a beer. You should have ordered a beer before you got here, had it ready, been halfway done when she walked in the door or you walked in the door or both of you walked in together because you met outside. You are not good at planning these things out.

She is talking about herself a lot. You are thinking about your grandmother’s kitchen and how easy the air is to breathe when she is cooking and only barely aware of you. You are thinking about the elementary school therapist’s office and your doctor’s office and that one time you had a very sincere emotional discussion with your friend Pete doing psychedelic drugs on the train tracks just after midnight. You have goosebumps. They force the sweat to run in zig-zag patterns. This, you think, is how a bee flies. Bee-lines.

You are walking and you ride the train and you are bus-hopping. You don’t know where you’re headed. You pass a bar. It doesn’t look great. You go inside. There are lots of people, but very little conversation. Everyone has a beer. No one is looking at you. No one cares about you. You order a beer. You get your beer. She will not call you back. You drink your beer. It’s easier this way.

Carl Luther Gercar is a Chicago-based writer, born and raised in Illinois. His work has appeared in Fluland, Occulum, A Void, Here Comes Everyone, and Soft Cartel. Carl is reachable via email at clgercar@gmail.com

I was a butterfly
briefly
but flying is harder
than they make it
look
so I chewed off my wings
like paper, like pages
in a book
and became a caterpillar
instead.
I’m not as beautiful,
but I’m happy.

I took medicine for my cough, but
it left me
so I stopped listening to doctors.
They never have my interests
in mind,
they only ever want to fix things.

I live in
used coffee cups
stained and stinking
Hot, wet shits and
quick showers
long drives in cold cars
studio apartments with shared bathrooms
and I don’t sleep
but they tell me I have my life
together

Stood Up At The Italian Market

How long have I been waiting?
It’s not healthy, I know
by the colony of ants
digging veins for me
dense and hot and incessant
I hate crowds,
but I don’t mind
being near someone
like this Indian man
with tadpole nose hairs
smelling of wheatgrass
and my father’s cologne
watching his family
And they bring him
meats, cheeses,
entombing him,
fine Italian limestone
His skin is creased, cracking
but they bustle over
with boxes
magpied from the branches
of these shelves
piles
at his worth-worn sneakers,
and I wonder if he feels
this paucity
grating my good sense
into the parmesan
his wife is clutching
with squirrel-claw fingers
like the ones
wrapped around my pen
and she writes with this
delicate frenzy
I think if deer took Xanax
they’d move like her
How long have I been waiting?
Long enough to know
that I’m less aware
when I’m watching the clock
so I watch the people
instead.

END_OF_DOCUMENT_TOKEN_TO_BE_REPLACED 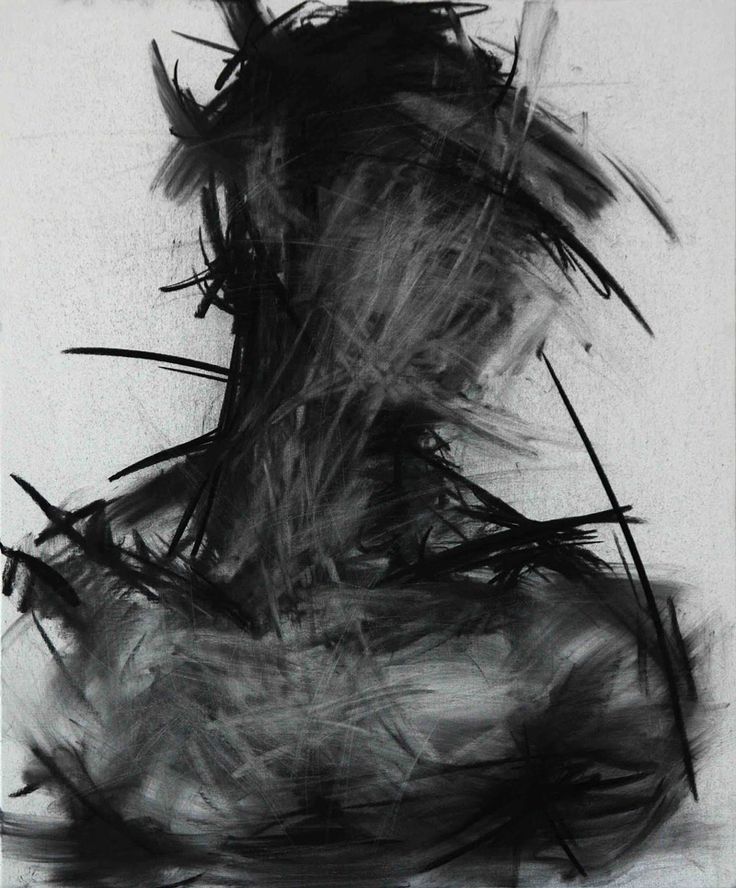 where the people outside

speak languages I used to know

and there are cars rolling down the street

but I don’t know how they work

I Took This Pill

I took this pill to forget

with his fingers in my mouth

said everything would be fine

so I took this pill to forget

but I don’t think it worked

because I can still

Lots of people die from heroin
in my hometown.
None have died of heartache yet.
I’m trying to be the first one.
I’ve been walking up to
beautiful women
and telling them
I love them
and watching them
walk away.
It’s very difficult to die this way.
I have to try all the time.
Heroin would be
easier
more romantic
but I can’t afford it
so I walk the streets
breaking my own heart
chasing beautiful women
instead.