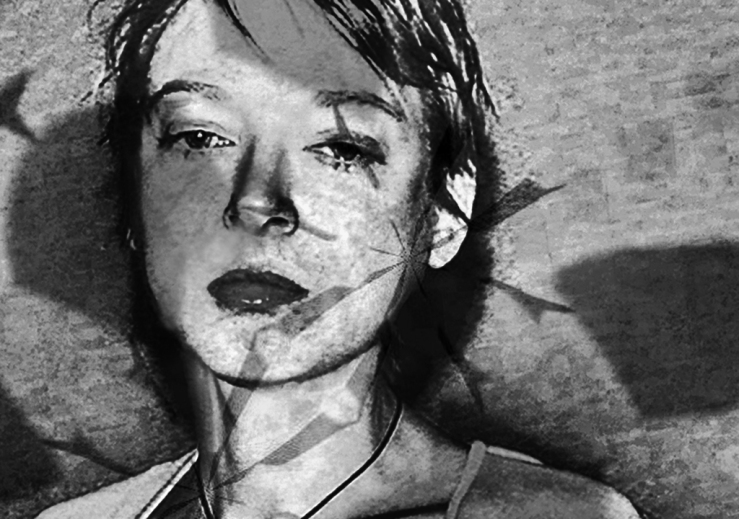 Stefonia has a nasty habit of ripping the scabs off her face. She has a condition. The scabs appear overnight. The scabs never leave. Underneath the scabs are more scabs. The scabs have hopes and dreams. They write to-do lists and tape them to the walls next to their beds. Stefonia hates the scabs.

Jeremiah has been threatening to put her in a cone for years.

“Cones don’t work for people, asshole. I have hands,” says Stefonia, flashing him the middle finger on both.

When they are at bars, Stefonia picks her face and scabs float in her margaritas. She stirs the drink hoping to drown the scabs. They whisper prayers that sound like incantations.

When she was a young girl her mother home-schooled her and every night after all of her assignments were complete, her mother spent hours vacuuming and assuring Stefonia that one day she’d be normal. One day she wouldn’t have to hide.

Stefonia wakes up this morning with something wrapped tightly around her neck. Snug, but not suffocating. Her peripheral vision is obstructed by something silver and solid. She is in fact wearing a cone. A cone about 3 feet long so she can’t reach inside with her super dexterous fingers.

Jeremiah stands over her watching her acclimate to her new situation, smirking. His hands are crossed over his chest in triumph.

“It’s fine, I’ll just cut it off,” she says, climbing out of bed and knocking glass angel figurines off the bedside table.

“Give me the code now. This isn’t funny,” she shrieks, running into a wall.

Stefonia claws at the cone and it makes a horrific screeching sound. Imagine a flock of teen girl ghosts passing a cute boy ghost.

“Not a chance,” says Jeremiah. “You’re gonna kick this habit.”

“How am I supposed to eat?” She asks.

“I made a trap door I can feed you through. A different code.”

After that, she thinks of nothing but her scabs, how much they must miss her. It feels like a betrayal. She whispers positive affirmations to them. You are kind, you are good, I love you, I’ll be back soon.

They scream in response. Help us! Save us! He is an evil man. He can’t be trusted.

Stefonia refuses food and water. She begins to waste away. Jeremiah begs her to be reasonable, to understand that he is doing for her what her mother should have done years earlier.

Soon she stops speaking to her husband. Only speaks to her scabs. They multiply. Have big families, tons of mouths to feed, bills to pay. They grow increasingly distant. Can’t juggle the work-life balance. Hope that Stefonia understands.

She doesn’t. She truly doesn’t. She grows hysterical. Spends her nights spinning in the streets until she collapses.

She lies panting on the pavement, holding on tightly so she doesn’t fall off the planet. The moonlight drowns the scabs she can no longer call her own.

Marisa Crane is a lesbian fiction writer and poet. Her work has appeared or is forthcoming in Pithead Chapel, Drunk Monkeys, Jellyfish Review, Okay Donkey, Cotton Xenomorph, formercactus, Maudlin House, Riggwelter Press, X-R-A-Y Magazine, and elsewhere. She currently lives in San Diego with her partner. You can find her on Twitter @marisabcrane.