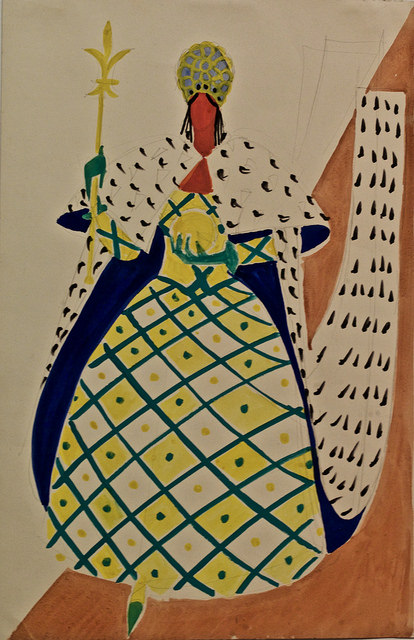 Happiness itself, for a man without hope, is a kind of torture. It adds to his life no optimism for the future, but rather stands as confirmation of his wretchedness, that wretchedness which, in his isolation, was merely a speculation he had about himself, but which, after a spurt of joy briefly enlivens his dreams, and for a moment guides his mind’s-eye to a kinder future, that very sensation which suggests life itself may be a blessing also incarnates his misery: He hears a woman’s jangling laughter in the distance, he sees a teary child rushing to his father’s embrace, he feels the rule of love guiding the planets so undeniably, and all the clearer his squalor appears to him: The more the goodness of being is confirmed, and the more his solitude is solidified, the more his hapless thoughts are validated as truth and not some cruel nightmare from which he might awaken this day. It is the sweet moments, the sweet reprieves from the perfidy of existence, which are the worst, because in those moments in which his hopes seem to come alive, he realizes how quickly they must die.

He rarely left his apartment but to go to his cubicle. He desired as little experience as his life could bear. The desire for a woman’s kiss would sometimes arise in him, but it only took a distraction, a video or a jog, to drive it away. But a real kiss, from some woman, at some bar, stayed with him for weeks, and could not be cleansed until reality succeeded, day after day, in purging from his mind that sweetness; reality itself had to erode before he could be content again, and he could not simply replace one thought with another. He had tried giving his heart to women, things, creeds, but he so rarely found reciprocation, and the effort of giving was such a strain, that he could only be sickened by what seemed the injustice of all. It seemed that existence was some infinite gut devouring, eternally, all he could give. He simply wanted to be left alone with his dreams. And he did all his shopping after midnight, and smoked cigarettes only under the moon.

From the night Helen first sidled up to him at the bar after an hour of reminiscing, and she pressed the side of the soft globe of her breast against his arm, his entire life changed form. There was something sickening in her physical advances, yet something wonderful in knowing she still wanted him. The flourish of Helen’s youth had long ago dimmed, but the sallowness her smile had acquired added to the ease and assurance of their long relationship. He thought back to when she was a girl, the dewy reflection of the woman before him now, and how much he had loved her. “Take me home with you,” she whispered to him before he left that night. He underwent extreme pain when he returned to his apartment alone, not understanding in his heart why he failed to act on her plea.

He had loved Helen for as many years as he had known her. His heart had leapt when he learned she had moved back home, and in fact had moved into the same apartment complex, across the courtyard from him. But now that she was something he might have, touch, whisper to so easily, he could not conceptualize her as he had in their years apart; in their estrangement she had been clearer in his eyes than when she was in his sight. What had he waited and longed for? Had he desired for her, or for some image of her? To repeat his first kiss? To relive his life’s most anxious moment?—that summer evening thirteen years ago when she had held his hand, and gazed at him so innocently, and he had let her get away. Whatever it was, he knew he could not approach her frivolously. Though she was often at the bar down the street, dancing and drinking, he could not join her. He was miserable. He dared no longer look out his bedroom window, for often she walked her froo-froo in the courtyard and played her guitar on the balcony; in his thoughts, his admiration was pleasant, but when his thoughts were confirmed in her immanent beauty, in her presence so near, he felt so impotent, and he could not imagine what to do.

His career prospects were poor; he had done poorly for himself after college. He could not offer her the least bit as regards material wealth, and the little he had had so little meaning to him that he could not imagine her being allured by it. He did not feel he could be part of her or that he offered any material attraction to her, and there could be nothing to unify the two of them besides his wayward dreaming: that nebulous multifarious image abiding inside of him, and his nightly desire for the touch of her breast.

Something woke him in the dead of the night, and discordant thoughts tore at his brain through the morning hours. He imagined her lying in bed with him, talking to him of all his cares, knitting together his dreams and the world that was. He saw her next to him, the wan light of dawn slowly rising on her face, and he was very happy, and though he could not sleep, his thoughts became so soothing that they were almost as restful as sleep. But on the alarm ring, he realized this solace had not been real. He staggered about wearily the rest of the day, and the noontide sunlight fell to the earth like a thin rain on barren soil. He could not extirpate the thought of her until he had watched a few hours of nightly news, and a couple more of pornography.

Helen soon began dating a man named Jacob, a handsome man who worked at a local bike shop who looked even more handsome when he was not wearing a shirt. Helen sometimes forgot to close her blinds, and she would often be naked when she went to turn off the light on the balcony at the end of the night, like an actress in a picture show in her glass doorway, her immaculate white plump skin like the foam that had formed Venus in the tide, her thighs and hips and breasts like a rolling tower of cloud.

His pain diminished after he knew Helen was with Jacob. Their relationship added a level of finitude to his existence, a solid boundary line to his feasible dreams. Before bed, he would cry into his pillow, but only for a brief time. He would lay his head down and dream about marrying her, their wedding day, her perfect white limbs near him, her body like a tender cream wrapped in lace, and their flesh as one. In the morning he would work through these inanities. Helen would often be out on her balcony in a sundress, playing her guitar. Jacob would be with her, and the three would converse while the men talked about baseball over their coffee, and Helen laughed at all his jokes.

He was faintly jealous now, now that she was a kept woman. It was not Jacob who aroused his resentment. It was not Jacob, but some intangible force that now ensnared her. In the daylight hours, she became more and more like a gaudy object to him, a diamond whose gleam sometimes bothered him, a mansion which sometimes cast a shadow across him. In the evenings he would often watch the lights in her window. When they would go out, a dread would come over him, for he was sure some kind of slave trade was soon to ensue, a casting of lots for her, that rent garment.

Even his jealously was eventually mollified. He began to fantasize about Helen marrying Jacob: he saw Helen on her wedding night; he saw her with a baby lovingly applied to her breast, or leading a whole coterie going off to church. It became more pleasant, less painful, to think of the future life she would lead. Jacob would still come over late into the summer, and on a hot August night he listened as they quietly made love on her balcony.

She was like a hot coal, which glowed white sometimes in his sight when he caught her at a moment of windy desire, when she passed him in the courtyard or he caught her scurrying past across the windowview. There was a time when Jacob stopped coming over, and he found himself again prone to lying in bed at night, thinking about her arms around him, the soft passionate murmur of assent to his kiss, the warm perfect grip of her flesh. His thoughts again seemed not like some cruel ether from a dream, but the image of some truth, hid only by a veil of his own ignorance of attainment. But after a few weeks, Jacob returned.

The seasons passed, but they were not real to him. Helen never got married or changed her state in life from what it always had been. Sometimes he would run into Helen in the common area. Her eyes were dull and plaintive, her touch no great thrill, nor greatly different from the weight of all other existence. After some time Jacob wanted to give the froo-froo some better place to run, and on a long weekend they moved away.

A stolidity returned to him, one which was as empty as before, but seemed worse to him, because he knew that in the space where there was now nothing had been something, and his life was all the more vacant now compared to those days when he was less aware of his solitude, and his innate emptiness did not greatly pain him. With Helen there had been an idol in his life, some empty simulacrum of a truly numinous god which, in the hopeless corner of his intellect, he thought might one day come alive as a miracle in his sight; but now all hopes were gone.

There was in him now a great pleasing nothing which did not require he be happy or sad, into which he took solace that his soul and self would one day turn, when they were exterminated. There was a formless, empty beauty to all the world that never left. He no longer wept or noticed the passage of time. The seasons passed and were not real to him; they were like the lights shifting in his eyelids of a dreaming man which stir some inner awareness but cannot cause him to wake. Helen’s beauty did not diminish to him. But only his feelings remained, and these only in the form of a vague feeling and an unrealized being. Some greater significance in her presented itself sometimes, hidden in the contemplation of her love, her intellect, her heart, like the alternate life buried in the tenor of a dream. But she was no longer real to him. He could not even think of her as a real person when he smoked alone, but only a vague notion of the perplexing way she had made him feel, somehow vaguely connected with all his sensations, and the feeling of life itself, which he knew would one day be exterminated, and all his pain would cease.