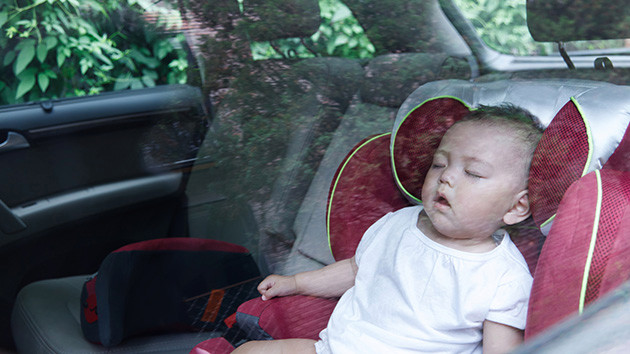 Jess kneels before me. Gazing up, he asks, “You sure you want me to get it off?”

“Just don’t hurt me this time.”

Jess stares at my crusty, bright violet knee scab. It is the size of a prescription bottle cap. He begins grinding his thumbnail around my wound. Jess gnaws his lip. This means that he’s concentrating. “You alright?”

He loosens the seal, tugging and pulling.

As pain drives through my leg, I long to clutch his just-skinned head.

“Spilled on my bike. Ate the sidewalk.”

He pulls again. Goo and gore dot his fingers. “Can you take it?”

The final, slow rip sears. As it curls off my body, the opened gouge quickly ponds with blood.

Like an Olympian, he lifts my swatch of dead skin toward the sky. Jess says, “This is friggin’ epic. Better than my Monument Hill gash. Way better than your elbow that time.”

I cover my sore with Subway napkins.

“Gotta keep this someplace safe ‘till we get back to your room,” Jess says. He unzips his backpack and yanks out a potato chip bag. Jess dumps the remains, yellow shards raining free. Carefully, he lays my scab inside.

Jess glares at me. “So, ya wanna play assassins?”

“Won’t your mom get mad if you miss your counselor again?”

He clucks. “She scored another new girlfriend. Won’t even care. Look, we playing or not?”

The late December sky has begun to shed its meager coat of light.

We tromp down to daddy’s car lot. Two tow trucks rumble by and my knee throbs.

I ask, “Aren’t we too old for this game? Thirteen is old, I think.”

“Then don’t be a turd and make up new rules like last time.”

“Don’t let me kill you this time.”

Jess and I vault in separate directions.

Stray turnpike beams singe my eyes. I am armed with rock grenades and a stick revolver. Shadows creep by the chain link fence and I quickly slide to my stomach, kissing gravel.

There is a peep. I hear a squawk.

I peer through the window of a sedan and see an infant belted to the backseat. It is wriggling some, clawing at the air.

Among the Lincolns and LeSabres, I scream, “Jess! Game over! Come find me!”

He romps closer, toting a branch rifle. Jess says, “You trying to dick me around this time?”

“Look.” I point to the fussing baby.

“We have to get it out.” Jess circles the car, wrenching on each handle. “Totally locked up.”

Jess squeezes his forehead. This means that he’s confused. “What if it runs out of oxygen? What if it freezes to death? We have to bust the window.”

“We can’t let the thing die.” Jess snatches one of my grenades. Grunting, he hurls it through the driver’s side window.

The baby begins to shriek.

Jess reaches in and plucks open the door. He turns to me, saying, “Get the kid, why don’t you.”

Jess and I hustle the child upstairs to my bedroom.

He says, “That kid friggin’ reeks.”

“It has a dirty diaper.” I set the baby on my bed.

“I’m not dealing with some shit scene. Nasty.”

“Stop being a pain in the ass. I change my sister’s kid all the time.” Unlatching the diaper, I use Febreeze and a torn concert t-shirt to clean the baby. Maybe one day of waste is present.

Brown cakes of shit cling to his flesh. I peel them away as he yelps quietly.

“He’s a baby. All babies have small baby dicks.”

I knot a dishrag around the child’s torso and nest him in my lap. In moments, he begins to mew.

Already, Jess is admiring the scab jars hidden beneath my bed. He begins to nod fiercely. This means that he feels proud. Jess seizes our first blood treasure, shaking it before the infant. Months old, it is now shriveled, shrunken and brown. He says, “Look at this one, kiddo. Pretty fuckin’ awesome, huh?”

“Whatever. See, buddy. Jonah got slayed at the haunted playground.”

Jess chuckles and asks, “What would you name him? If you could?”

He snaps his head toward the yellowed ceiling. “What about Zeus? That would be the balls.”

“He could be our club mascot.”

“Yeah. Yes we do! All best bros have a club. We’re like, the wipeout club or something.”

“I bet it would be cool.” Jess strokes the child’s dented head. “He’d be ours.” His grin softens, slackens, but he stares at me. I’m not sure what this means.

My mother yells, “Hey… Jesus Christ! Where did you get a fucking baby?”

“His name is Zeus,” Jess says. “And we’re pretty sure we’re keeping him.”

Michael Graves is the author of the recently released novel, Parade. He also composed Dirty One, a collection of short stories. This book was a Lambda Literary Award Finalist and an American Library Association Honoree. His fiction and poetry have been featured in numerous literary publications, including Post Road, Pank, Velvet Mafia and Chelsea Station Magazine. His short work can also be found in several anthologies, such as Cool Thing, The Lost Library: Gay Fiction Rediscovered and Eclectica Magazine’s Best Fiction, Volume One.

2 thoughts on “‘The Keepers’ by Michael Graves”