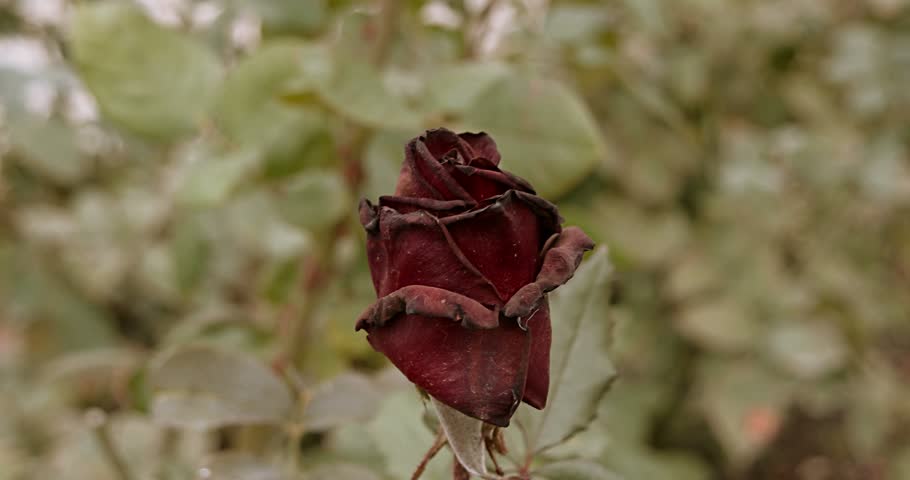 My wife and daughter had left, returned to the city, but I still kept watch over the house. I took a post on the back stoop, behind the kitchen, facing the orchard. The dormant trees had come into a sudden flowering. The garden hummed with returning insects, tiny life among the daffodils and tulips, among the blood currant planted beside the door. Its crimson flowers rustled in the wind.

Across the orchard, through the neat rows of trees, I could see freight trailers. They had been parked along the gravel access road. A team of forklifts were unloading pallets from them. These pallets held stacks of beehives. Vague human figures moved about the heavy equipment: the beekeepers. They wore the baggy suits and veils of the trade. They had been at work for days. There must have been hundreds, perhaps thousands of hives, arranged into a pyramid shaped mound that overlooked everything.

I was growing tired. I looked at my phone log, at all the unanswered calls made, just checking on the family. The night and the morning had passed without incident. But I was afraid of what would happen if I dozed. The beekeepers had stayed to their side of the orchard. I made sure that they did. A shotgun rested across my knees, ready to fire, should anyone come forward with hostile intentions.

This was out of keeping. I had never owned a weapon before, nothing more deadly than a set of pruning shears. I had bought the shotgun, a Remington 870, from the previous owner of the house, an old farmer whose family had grown produce there for generations. A county road still bears his surname. But none of his children wanted to follow the tradition. The orchards were parceled out to the neighbors. The house was more valuable sold on its own.

“She might not like it,” the old farmer had said to me once, “at least not at first, but it does wonders for your peace of mind.” He smiled. His teeth were long and stained brown from chewing tobacco. I had tried my first dip a few minutes before. It tasted wonderful. A warm tingling filled my mouth. For the first time in a long while, I was happy and full of energy. We made our way into the dining room. The closing documents were spread across the table. “She might not like it,” he said again. I didn’t know what he was referring to. It could’ve been the house or the tobacco or the shotgun.

Evelyn was outdoors with Isabella. The big rear windows framed their moment together. They were watching the flower blubs sprout from the awakening earth. “Now isn’t that a beautiful thing to see?” said the old farmer. I agreed with him (how could I not?) and took another dip of tobacco from his can. The first mild day of the year greeted me as I stepped out into backyard. I rushed to embrace them, my wife and daughter, chewing furiously all the while.

A week later, around sunset, I pulled into the driveway. The long commute had taken some getting used to. In fact, I was still getting used to it. Living in the country meant living in a car, as I found out. The upholstery stank of beef patties and garlic mayonnaise. I was tired and in low spirits again. The spare can of tobacco had gone missing from the glove box.  After searching for it, fruitlessly, after gathering my bags, cursing, I looked up to find suited human figures scattering across the lawn.

The windows had been smashed and the door forced. Our possessions lay heaped on the floor, moving boxes thrown down or slashed open. The chaos had spread into the bedroom. The sheets had been rent. They lay in a tattered wad against the headboard. Dirt and desiccated leaves spilled from the bare mattress onto the floor. I moved quickly to check for the shotgun. I had put it in the attic, bolting the trapdoor shut with a padlock.

The necessary reports were filed with the county sheriff. It needed to be him, visiting personally. No other official would do. He arrived within the hour. I disliked his broad squinty face. It must have been difficult for him to find hats. He nodded along, with seeming patience, as I gave him a tour of the damage, as I registered the crimes against my family. He wrote out the statement in longhand. He used a beautiful flowing script that I found indecipherable.

“What did he say?” Evelyn asked me, once the tour had finished. We were standing alone in the backyard. Isabella had already been sent away, to her aunt’s place in the city. She loved her cousins and thought of the stay as a treat for good behavior. It was relief, not having it weigh on her. One more year, maybe two, and she would’ve seen through the whole situation.

“He said he’ll talk to the beekeepers,” I answered.

“But does he believe you?”

“Well,” she said, pausing, “you certainly don’t make it easy.”

Events really did beggar belief. I had to concede that. My deepest convictions were overturned. For example, I thought that it was impossible to fall asleep while angry. However, as I sat on the stoop and held watch, recalling that last conversation, I felt an irresistible drowsiness. Those sleepless hours had caught up with me. I closed my eyes. I was enraged to the point of screaming.

Unconsciousness came as a relief. I dreamt the family was whole again, that we lived on a farm, not our current home, as it had been before us, but a farm somewhere in the deep past. My anger dwindled as that sense of distance grew. It was a new start. We kept the animals in the house, sleeping above them in a loft. The cows would low through the floorboards. The odor of urine hung about everything, in the thatched roof and in the rags that we wore, the odor of urine like a fine mist on a spring morning.

I kissed my wife and daughter, their resting bodies, and crept from the bed. I looked over the loft railing, down at the goats and cows. Their flanks steamed in the chill air. Manure dropped to the floor in great wetish spurts. But not everything was as normal. The heads of the cows were not the heads of cows. The heads of goats were not heads of goats. I recognized the old farmer instead. His face was multiplied on every animal there. It wore a placid expression.

And then, in an instant, my sleep was broken. Before knowing what awakened me, I was gripping the shotgun, leveling it forward, toward the seemingly deserted garden. The air was filed with buzzing, loud and sporadic, as if someone were operating an electric lawn trimmer. I scanned the garden. The sound was close, very close, but I struggled to find its source. And then I saw it. The bee must have landed while I was dozing, the sound its arrival startling me awake. It was enormous, the size of my palm outstretched. It bent a currant branch under its weight.

I felt more curiosity than fear. In fact, I was relieved at not being under attack, not directly at least. Falling asleep had been a lapse, inexcusable. I had given the perpetrators every opportunity to slip by. And yet its size demanded I focus on the bee alone. It was close, no more than an arm length away. I aimed the shotgun, ready to fire, if the need arose.

So this was what they sent. It made a certain amount of sense. After all, they were beekeepers. But the insect had certain odd qualities, odd qualities beyond its mere size. Its ashen colored hair, thick along the back and abdomen, glinted with a metallic sheen, like iron filings set on paper, caught within a magnetic field. It was oddly perceptive too. I shouted, gibberish mostly, knowing that most insects don’t perceive sound as we do. And yet the bee turned its head to face mine. I caught my image reflected in its compound eyes.

A tongue extended from between the mandibles. It darted into the currant flowers. I could feel sympathetically the dark nectar being extracted.  The shotgun dropped from my arms. The sensation deepened, like moist sugar being poured down my throat. I lost consciousness again. I didn’t dream this time, there was no imagery, but I felt that I had some sort of experience, like the memory of a dream. I felt that I had been at work for a thousand years. Afterwards, once my term of service had ended, I was given the bee, its lifeless body, as a token of appreciation.

It was something familiar that stirred me. Evening had come. The phone rang. It had fallen into the branches of the currant bush. I kneeled to retrieve it. The mulch rubbed against my bare ankles. The earth and the garden air were cool in the gathering shade. The pyramid had disappeared. In its place were neat stacks of hives, five or six of them set at certain intervals, between the flowering trees. My jeans lay ripped and discarded on the lawn. The shotgun had been replaced with a moldy old broom.

I took the phone. It had fallen in the exact spot where the bee had landed. Evelyn was calling. I listened for a moment, not daring to answer. In the background, I could hear Isabella playing with George and Simon, her twin cousins. I smiled into the receiver.

“When can we be done with all this?” Evelyn asked.

“Now,” I answered, “we can be done now.” There must have been confidence in my voice. She offered no objections, no resistance to me speaking with my daughter.

“Daddy,” Isabella said to me, “what’s happening to you?”

By their hollering, I knew George and Simon were playfighting; I knew that Isabella wanted to join them.

“Daddy, what’s happening to you.”

“I’ll tell you on one condition,” I said.

“I’ll tell you if you’re careful. You have to promise me.”

She promised me. And so I told her.

Matthew Spencer is a essayist and fiction writer. He was born in Cortez, where the states of Utah, Arizona, Colorado, and New Mexico converge. He now lives in Seattle. His writing has appeared in deCOMP, Asymptote Journal, Necessary Fiction, and Brainwashed Magazine. He is currently at work on a novel.